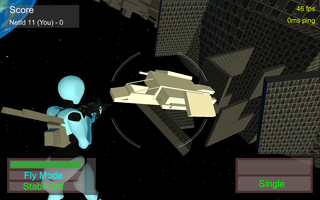 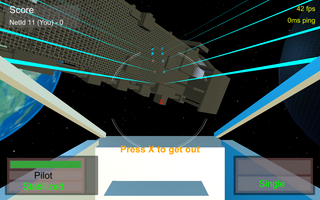 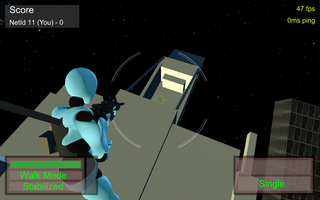 As if flying with a jetpack wasn't enough, now there's the gunship. A small, agile interceptor with two laser cannons is the basis for more and larger spacecraft to come. He should be controlled like in games "Descent" or "Forsaken", so actually similar to the character. For the time being it is like reinforced armor for the character, if you shoot into it until the character is eliminated, the pilot is removed from the cockpit to make room for the next one. The Gunship is now just in the level and waiting to be tested in combat.

Cybertronic needs a gunship because as an infantryman, you can't just infiltrate a large battleship. This could result in a kind of troop carrier that could take several space soldiers to the entrances or to special weak points. The concept of a 2 man 'Mech is still in the room, but that still has to be considered when this idea should be realized.

More player feedback and support is needed, so test the prototype and don't hesitate to comment, I would be very grateful. 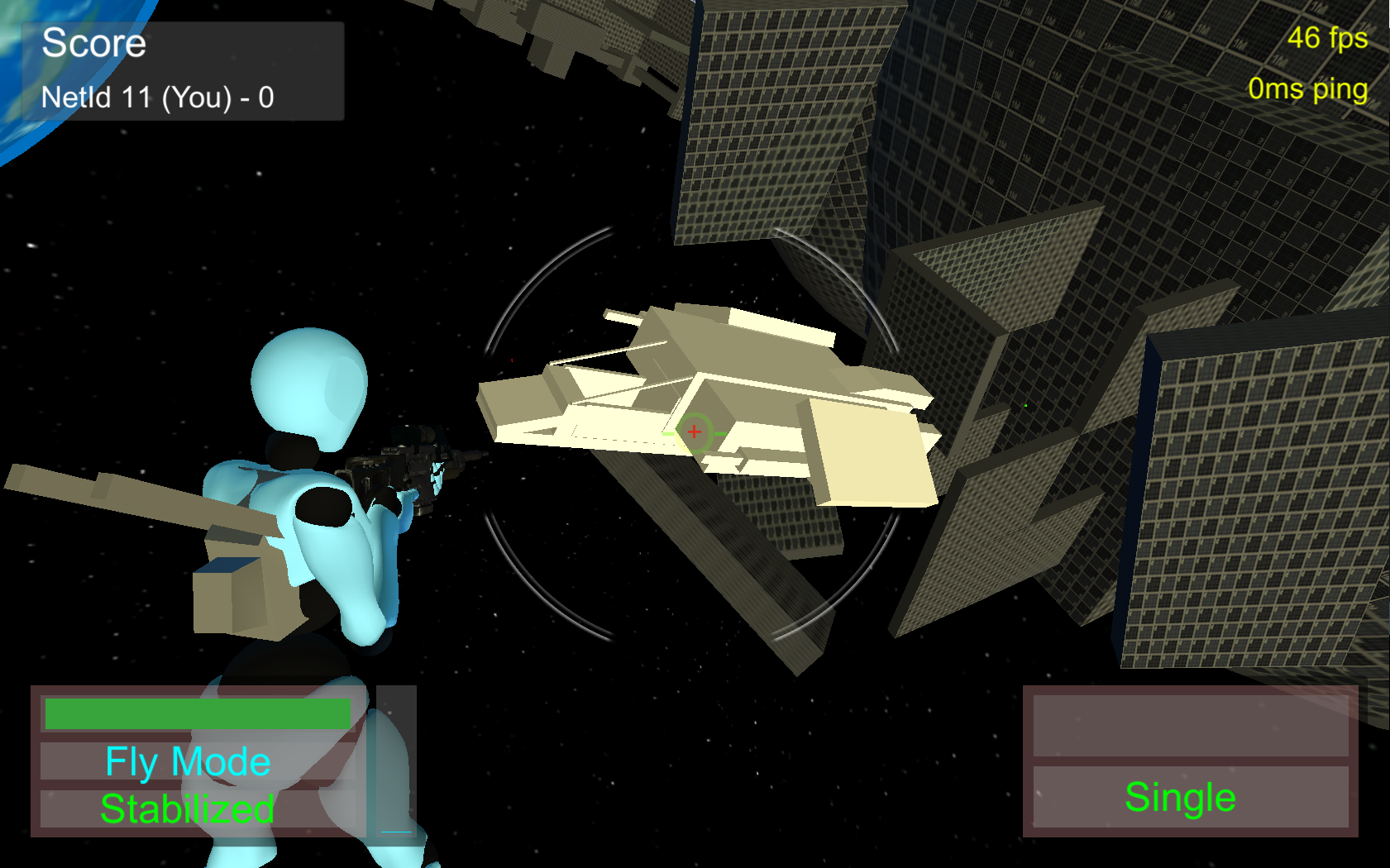 The first Prototype Gunship, ugly i know, but this is how good games begin. 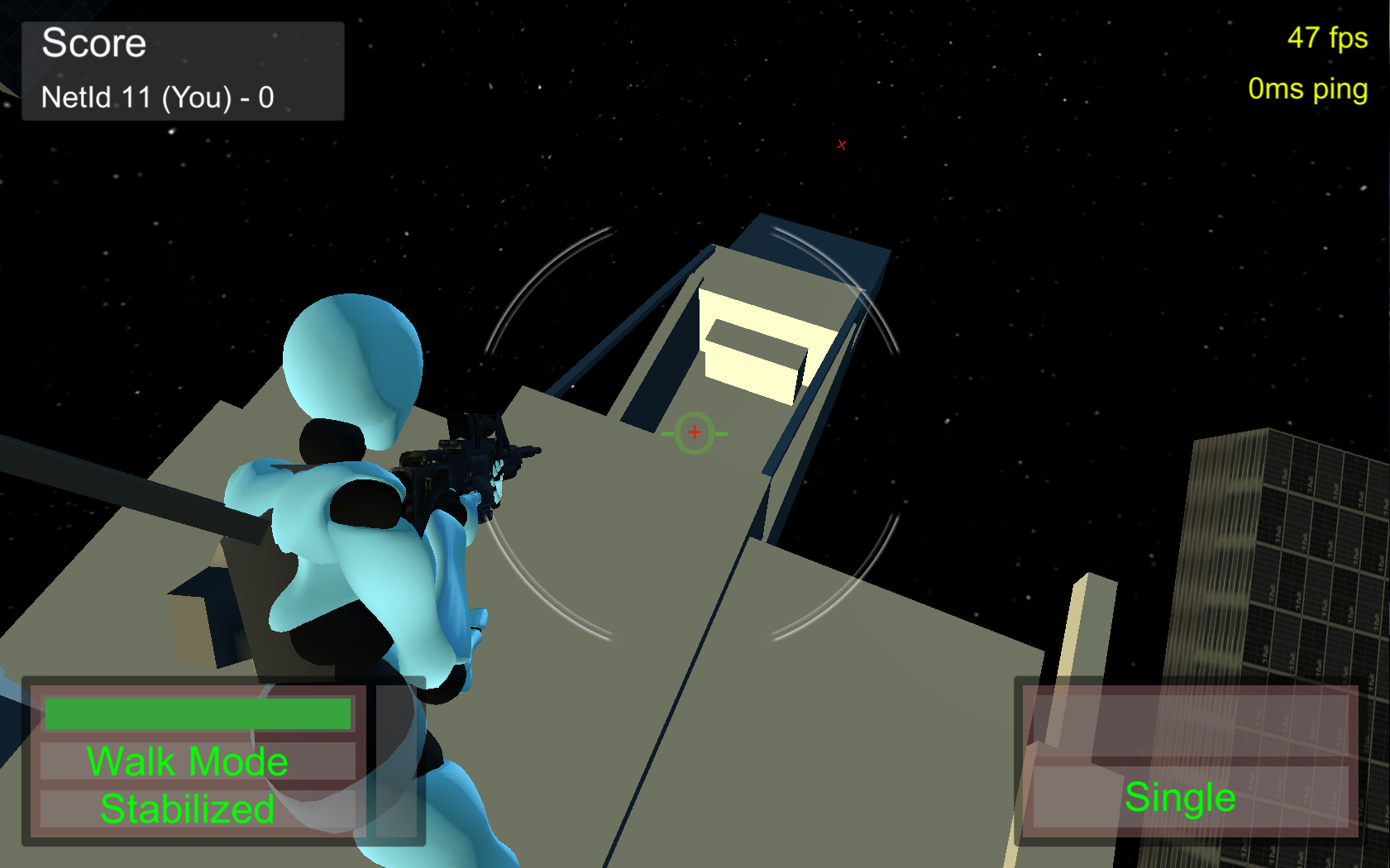 With your magnetic boots you can stand on it, but the feature is not yet fully implemented for the gunship. 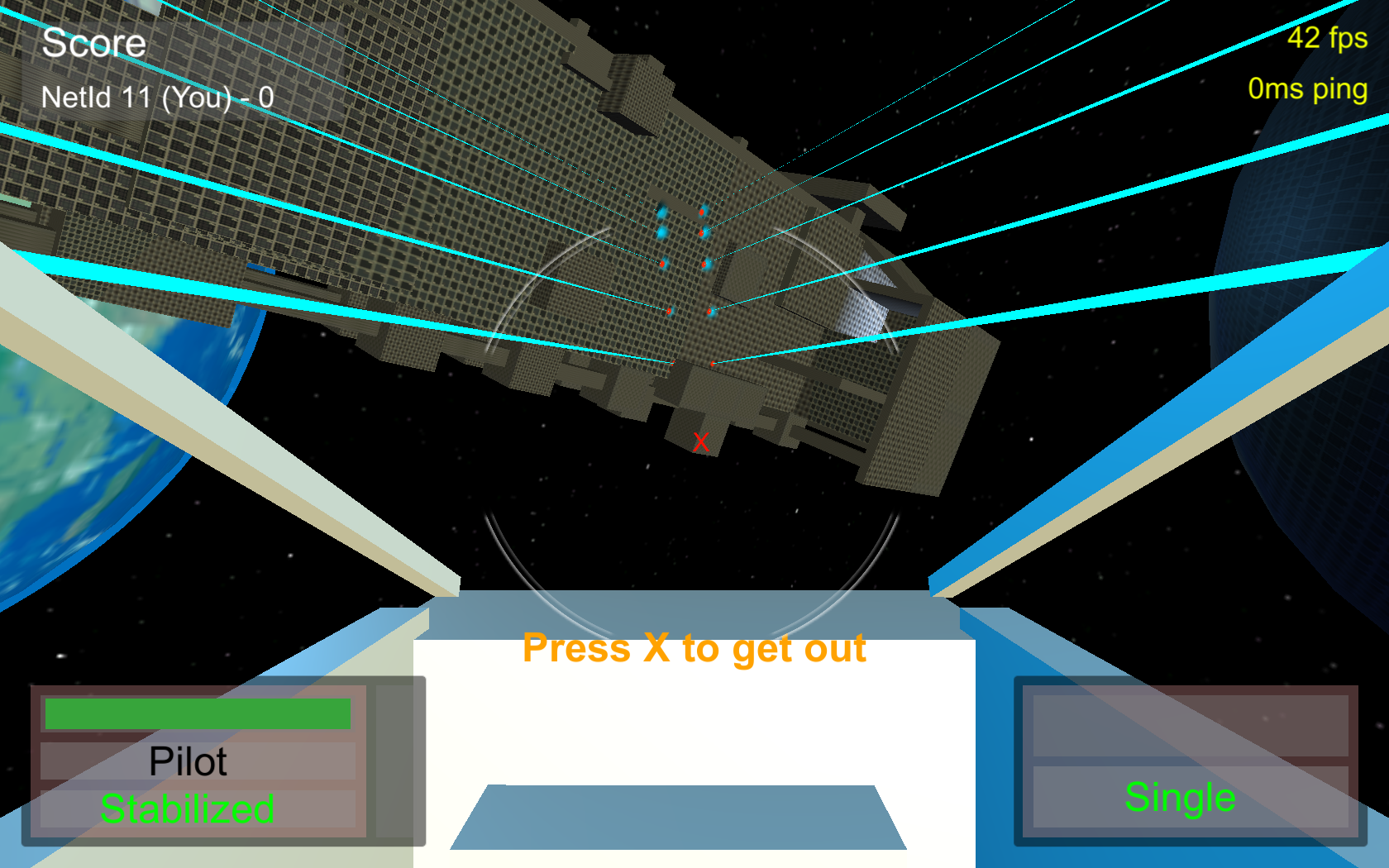 If you want to read more about Project Cybertronic visit the offical project website cybertronic.red.

I am more and more often with my work on live Twitch, follow me there or on Twitter to be informed.